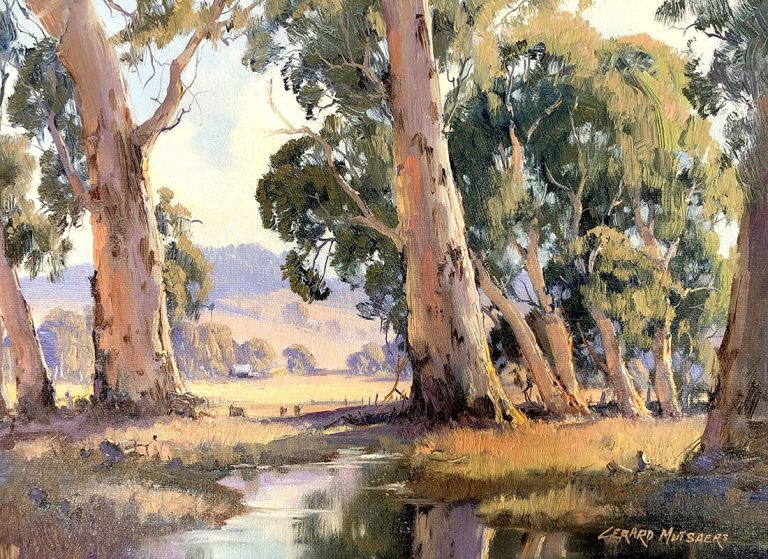 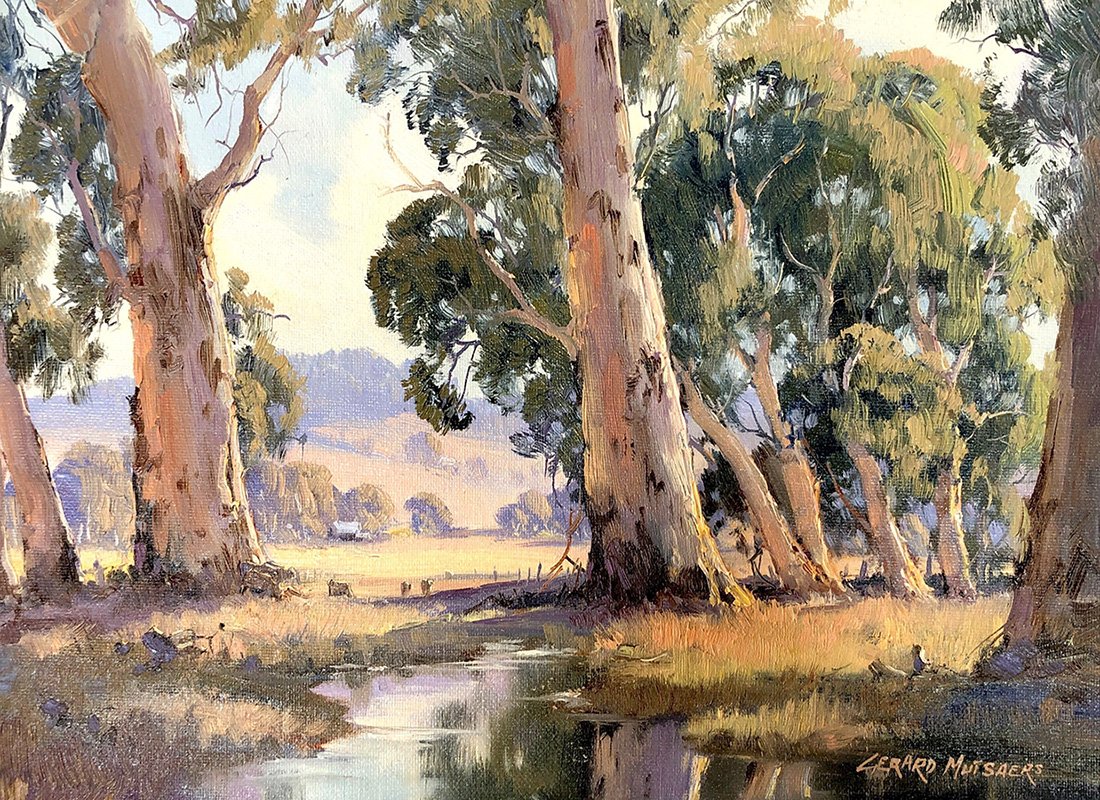 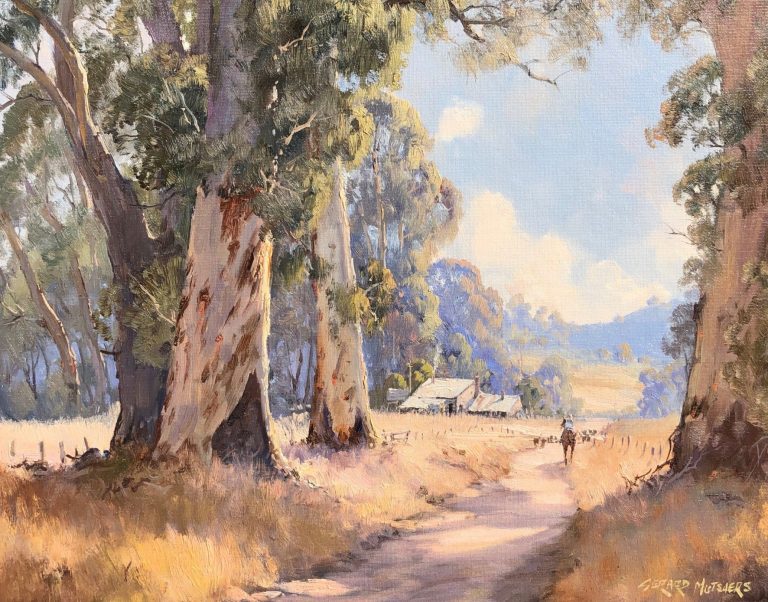 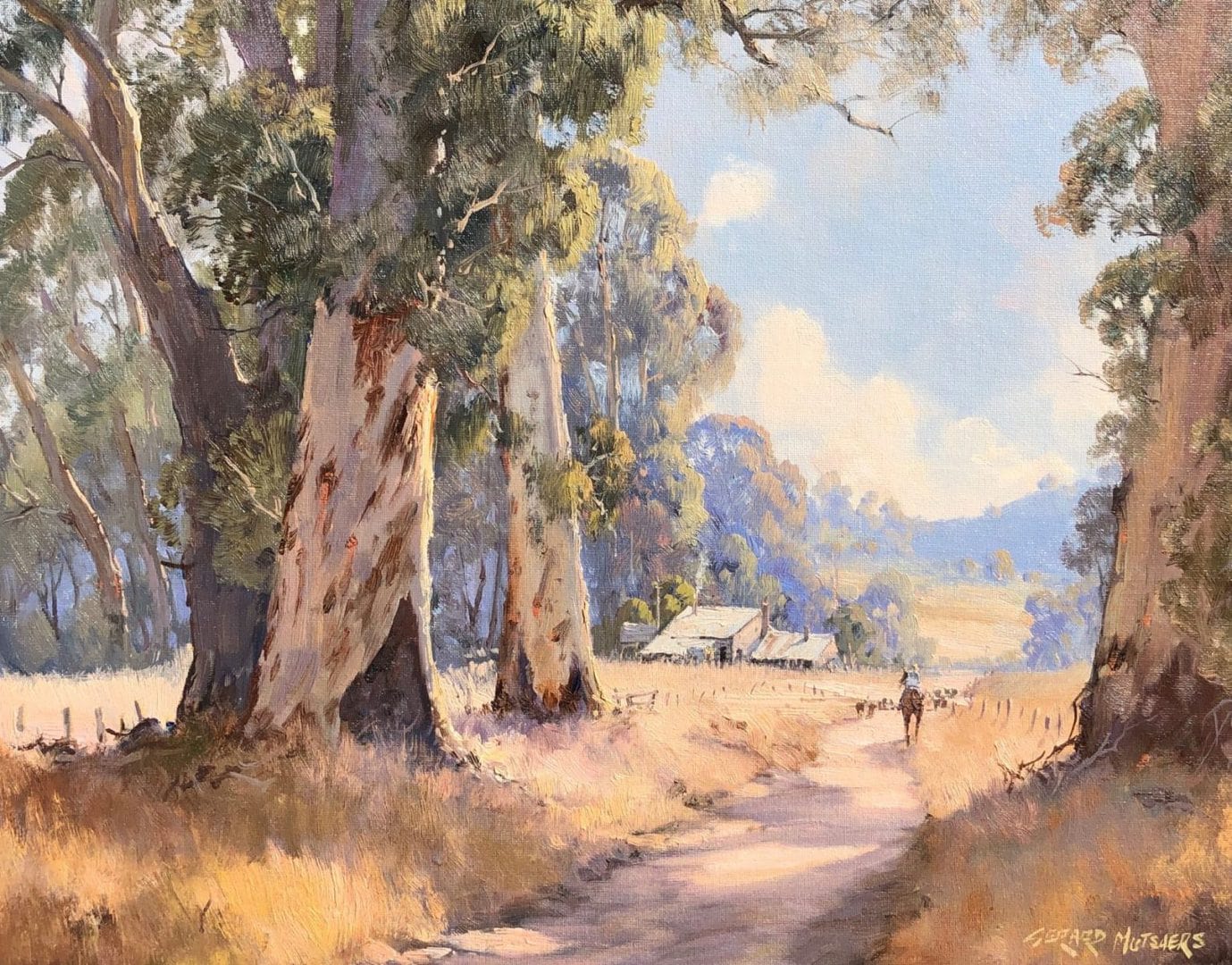 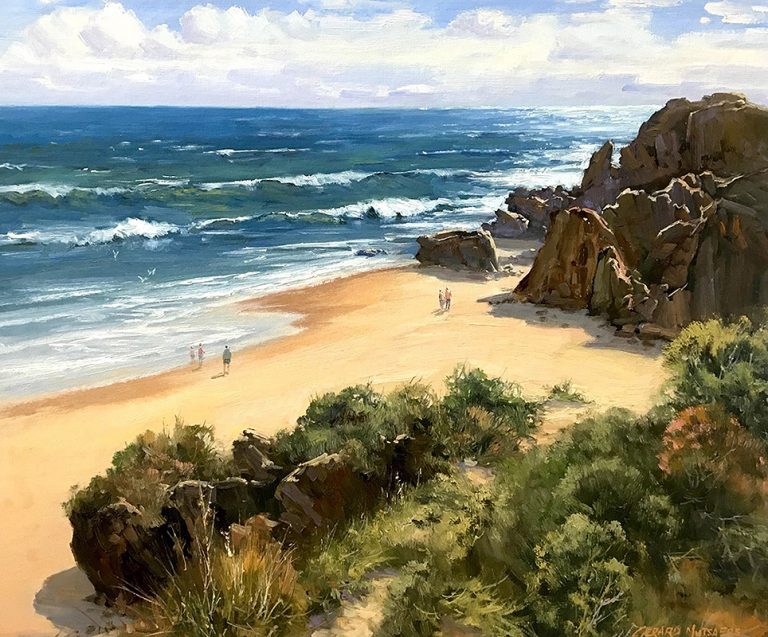 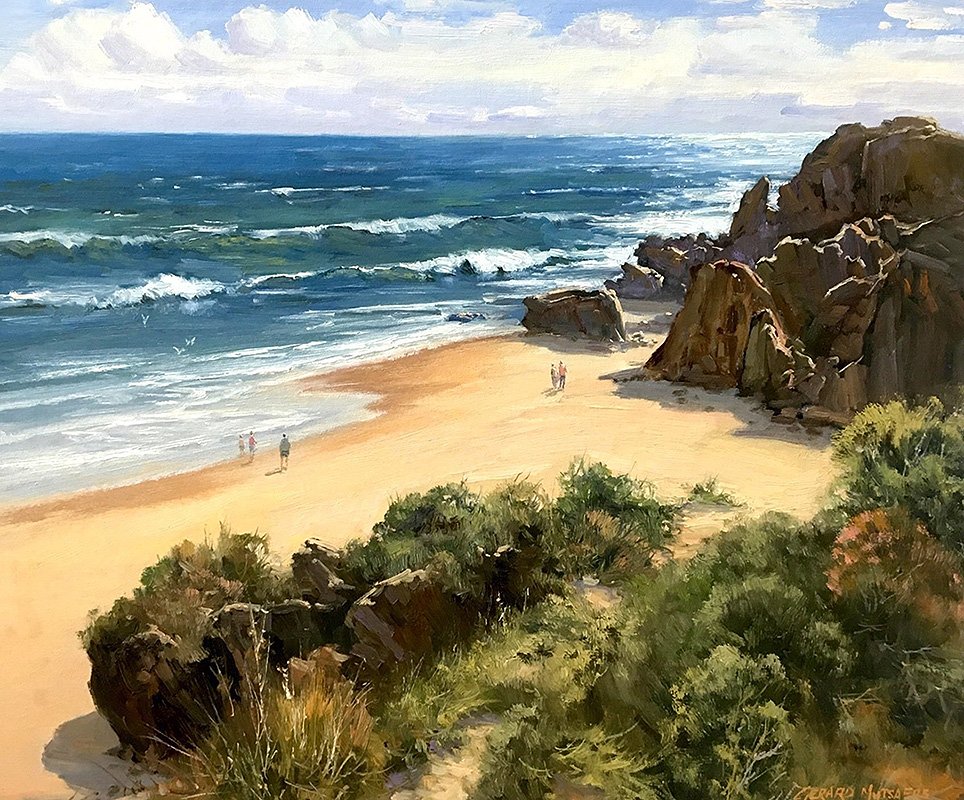 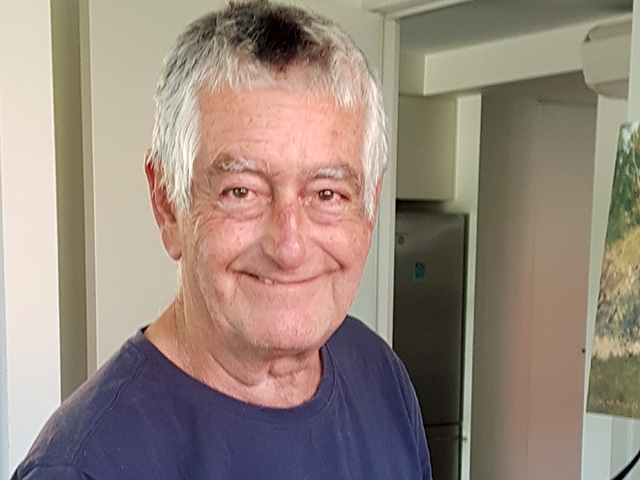 Gerard Mutsaers is an Australian painter who was born in Holland in 1947.  He arrived as a young child in 1952. He started painting in 1974 and is a traditional landscape painter, who has become well-known for his natural style and faithful representation of the Australian bush especially the Yarra Valley. Gerard has held numerous exhibitions throughout Melbourne and interstate.  His works are represented in many private and institutional collections in Australia and overseas, including Westpac, BHP, and others.

He says: “I consider myself lucky to live in an area that has an abundance of material to paint.

Olinda with beautiful views, tall mountain ash, fern gullies and waterfalls is all close at hand. The Yarra Valley is only a short drive away, with its Blue Mountains, rivers and candle bark gums all featured in my paintings.

I often travel further a field, setting up my easel on a local beach or an ocean beach. I still marvel at the crispness and colour of the ocean and haze as it drifts across the beach and into the headland. I have painted the Flinders Ranges, New South Wales coast, far north Queensland, Central Australia, the Blue Mountains near Sydney and Tasmania and only recently The Kimberly’s in Western Australia”

Thanks for your inquiry!

Thank you for signing up to our newsletter,
we’re really excited to welcome you on board!

Please note that You have to confirm Your subscription via email.
Thank You!

Thank for joining us!
you are booked in!

Looking forward to seeing you at the opening night.

Thanks so much for reaching out! 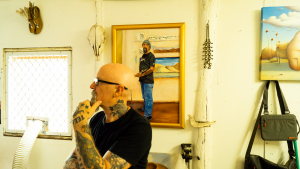